While we were sleeping… 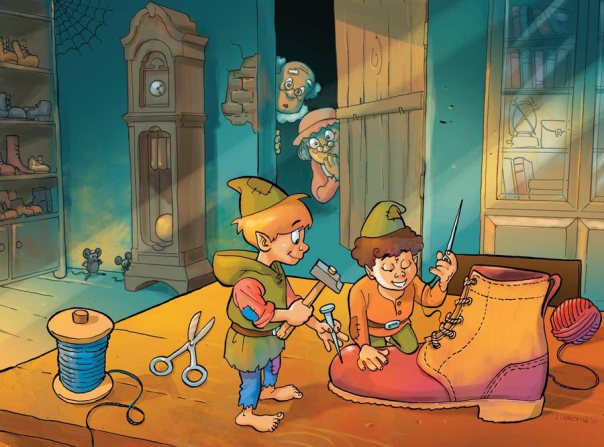 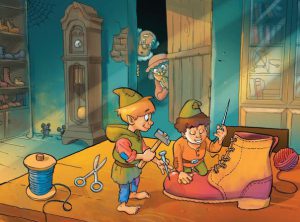 Third Siders, like the elves, work tirelessly while the world sleeps. Bringing much light and joy in this world. (Pic Courtesy: http://jovan-ukropina.deviantart.com)

…the world thrummed along – with humanity creating technologies, building civilizations, obliterating them, killing each other, helping each other. But as Third Siders, we’re sure you’re more interested in the last category of activity in which humanity partakes.

While we were sleeping it was Third Siders all over the world who were active, reaching across enemy lines and building relationships; teaching fourth graders how to create world peace through a game; rapping for justice; serving as clarion calls in our dangerously corrupt societies, all the while, unbeknownst to themselves, creating Third Side literature that we could voraciously consume. Sometimes Third Siders from centuries before, be it a group of mothers protesting their lost children against an authoritarian government or a small village in Switzerland that became a haven for Jews in a Nazi-dominated Europe, yanked our attention, forcing us to travel through time and marvel at the kind of love, compassion, and sacrifice that the very humanity that kills and fights is capable of.

The work of Third Siders is much like the work of the elves from the Grimm Brothers’ fairytale The Elves and the Shoemaker. In this tale there lived an honest but poor shoemaker who could barely make ends meet. Just as he was hitting rock bottom in his already meager resources, he finds that shoes that he was supposed to finish were magically completed overnight, and well! So well that patrons were willing to pay more than his quoted price, thereby increasing his wealth over time — the work of elves, while the shoemaker was sleeping. The work of Third Siders world over, similarly, generates wealth where poverty in thoughts, actions, principles, values, and consequences exists. By tirelessly working without a care for recognition, much like the elves, they create magic — magic of expanded pies, improbably beneficial repercussions, and just a different way of being. The ripples of this magic extend beyond the immediate environment and reverberate in the remotest corners of the world and across the timelines of history. The purpose of this website is to keep these ripples alive and, perhaps, eventually create waves.

In the following months we, the Third Side team, want to bring to you information about how Third Siders like yourselves are changing the face of history, in ways big and small. We’re also excited at the prospect of sharing the stories that you find of Third Side in action all across the world. There are very many among you who are actively involved in Third Side activity, while we were sleeping. It is with the greatest enthusiasm and joy that we’re starting out the next phase of the Third Side website, where we’d like to feature stories that you find of Third Side in action, stories of yourselves as Third Siders, and any story that goes beyond the expected norm of fighting and tries to bring about conflictual peace.

In the meanwhile, the Third Side website has had a makeover (shout out to Chris Modern for the new design) and we have a new writing talent to capture your stories on these pages. So come, let’s walk together, share, celebrate, and marvel in Third Side magic all over the world.

No Replies to "While we were sleeping…"