Wings of Change Leading to Schools of Change: Creating Inclusive Communities as a Response to a Tragedy 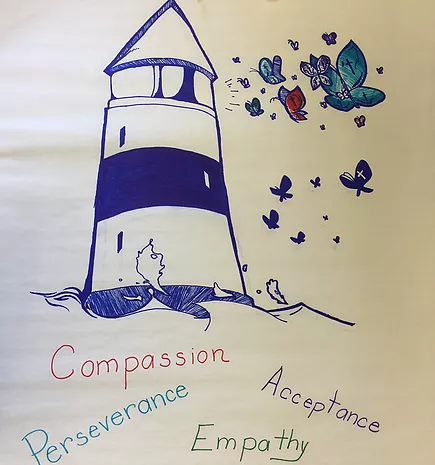 Motif created by an 8th grader in St. Ann’s Academy in Bridgeport

December 14, 2012 was a fateful day – it witnessed the massacre of twenty elementary school children and six educators at Sandy Hook Elementary School, in Newtown, Connecticut. The perpetrator was twenty-year-old Adam Lanza, with a history of social adjustment issues and severe anxiety. He was later diagnosed with autism, among other mental conditions.[1] Within ten minutes of the shooting commencing, Lanza shot himself. That day, amongst the twenty children that died, one of them was a 6-year-old boy with special needs named Dylan Hockley. He was special, determined and beautiful butterfly.[2]

The community of Newtown grieved. The shock of the situation reverberated throughout the nation, with the echoes of the implications of this massacre ringing through every corner in the country. The situation was sad, pathetic. The perpetrator was not alive to be vilified. But the parents of Dylan Hockley viewed things differently. They saw a society, starting from the school-system and up, that could be excluding of people who were just different. And the cost for not paying attention to a lack of providing for a fundamental human need for belonging? The loss of innocent lives. 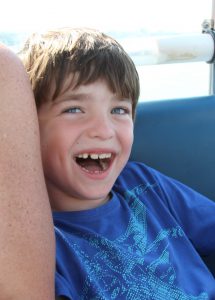 The Hockley’s however, were not going to let their son’s death be in vain.  They created the Wingman Program for Schools, which focused on building a safe and inclusive community for children in middle school and high school. The architects of such a community would be the children themselves. Middle school is a time in most children’s lives when they’re most likely to feel vulnerable – they’re exploring their identities and personalities. “How somebody gets treated in middle school, I think, has a much more long-lasting impact than what most people realize. A lot of the times, when you’re going through something, you really feel alone,”[3] says Sophie Selino, A Wingman PACK Leader and Middle School student at New Fairfield Middle School, Connecticut. She is not alone in this observation. According to Principal Christine Baldelli of the New Fairfield Middle School, “Everybody needs a cheerleader. Our kids go though some difficult times, their lives are not easy. They still need someone to pat them on the back and go like ‘Hey you’re doing great’ or ‘Hey, you didn’t make a great decision, but I still like you. And I’m here to help you.’”[4] 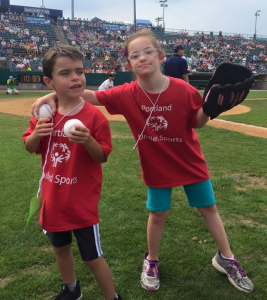 Portland Unified Sports – brings together children with and without special needs in the same team in a spirit friendship, cooperation and inclusion

This program spread to all the middle and high schools around Newtown, with a focus on encouraging children to be empathic leaders and create a community that is compassionate and persevering in its acceptance of all the members of its student community. “You’re trying to create the caring community with this program. You’re trying to create a community that cares about the person next to them – regardless of age, religion or race or beliefs where kids are really looking out for each other,” says Joel Paradis, a Teacher Champion at New Fairfield Middle School.[5] The program is powerful because it is student-run, with the children taking the initiative to build activities around which they learn empathy and acceptance of every person for their unique ways of being. The children design these programs for each other; and students teach students.

The consequences of the Wingman Program is that a whole generation of Providers have been created. A community of Providers have been created. The basic human need for acceptance and belonging is met through recognition of the individuality of every child, and empathetic understanding of their life circumstances and an unconditional acceptance of every type of difference by the student peer-group. The children learn to respect and feel respected; to protect and feel protected; and to freely be and give others the same freedom to be. Most of all, the children learn to give access to and feel included in being able to meet their deepest human needs. In the process of creating an inclusive community, the students learn to teach each other to be more accepting and tolerant of each other’s differences and hence play the role of Teachers in creating inclusive communities. 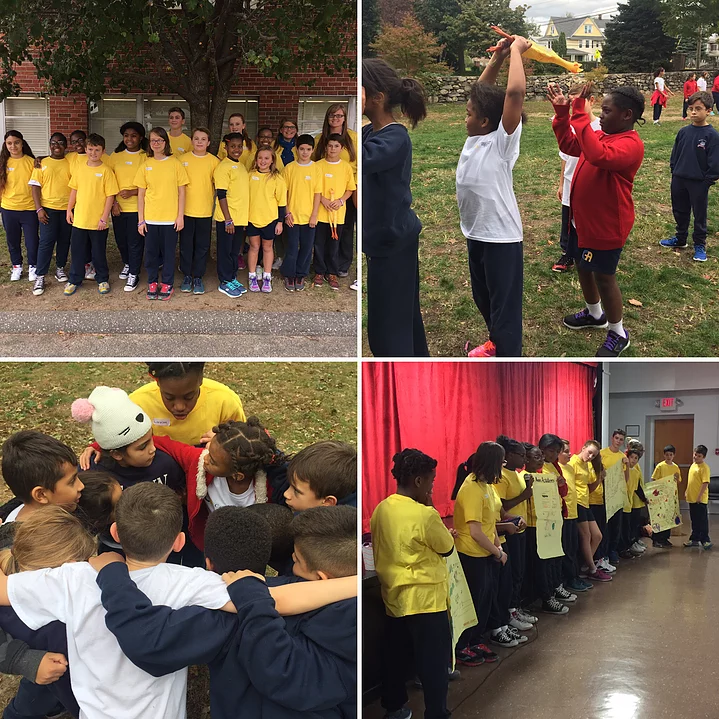 As Ian Hockley, the late Dylan Hockley’s father and one of the founders of Dylan’s Wings of Change says, “A wingman is someone who is prepared to go above and beyond for other people.” Perhaps, this might prevent future tragedies as the fateful December 14, 2012 massacre.

The twenty-six butterflies that fought the shadow on the day of December 14, 2012 have brought more light into this world.

For more information on the Wingman program please see www.dylanswingsofchange.org. 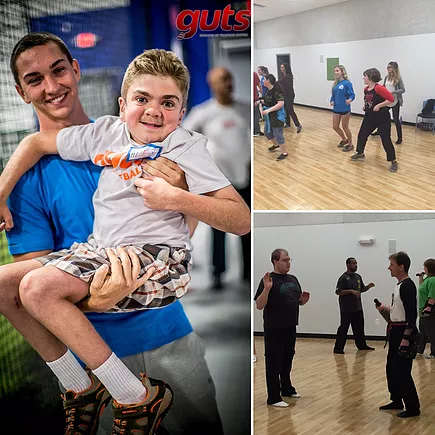 [2] In a conversation with his mother, Dylan once referred to himself as a “beautiful butterfly”. For more context, read here: http://www.dylanswingsofchange.org/dylan-s-memorial

No Replies to "Wings of Change Leading to Schools of Change: Creating Inclusive Communities as a Response to a Tragedy"