The Heroes of Marawi: The Fight Against Terrorism 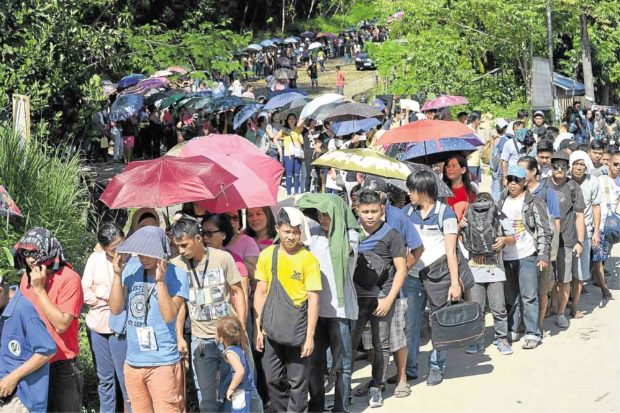 Marawi, a Muslim dominated city (over 200,000 Muslim residents) in a predominantly Catholic country[1] was seized by armed fighters on the deadly night of May 23rd, 2017. That same night, President Rodrigo Duterte of the Philippines declared martial law on the island of Mindanao where Marawi is located.[2] Amongst confusing messages of whether ISIS was involved or not, it was identified that a local militant group headed by the Maute brothers, belonging to an influential clan in the Philippines, were heading the terrorist attacks, that were targeting the Christian population in the region. Later it was discovered that the Maute group was receiving funding from ISIL and the kerfuffle in the region was attracting foreign militants from nearby Malaysia and Indonesia.[3] 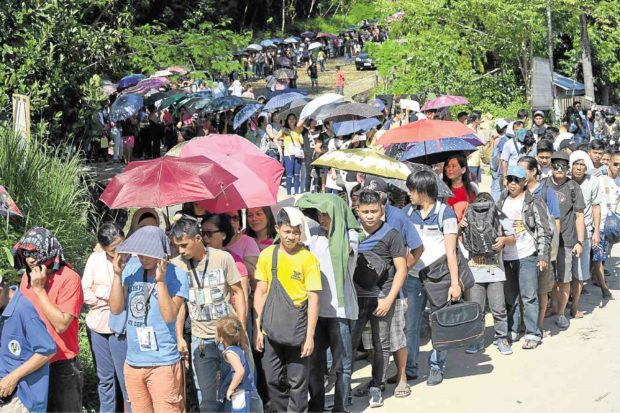 JOURNEY TO SAFETY Residents fleeing the fighting in Marawi City queue at a government checkpoint as they make their way to Iligan City, where they will seek refuge in evacuation centers. — AFP

However, there is a growing fatigue amongst the civilian population towards these militant sieges. Amongst them are influential clan leaders such as Norodin Lucman. On the night of May 23rd, around 70 people, mostly Christian fled to Norodin’s house in Marawi. He sheltered them for 10 days before secreting them out beyond the Maute checkpoints to safety. In those 10 days the ISIS militia turned up at his doorstep twice, trying to come inside, while quoting Koranic verses at him. Lucman, having studied Islamic Jurisprudence himself at the King Abdulaziz University in Jeddah, Saudi Arabia, believes that, “Nothing comes out of their indoctrination: killing innocent civilians, distorting the teachings of Islam, and destroying their own communities.”  He was able to successfully deter them, but had to risk his life to do so.

The link below shows his remarkable story and how, by taking a Third Side perspective and sheltering innocent people, he saved the lives of 70 people caught in the conflict.  The power of being a Bridge-Builder in the past helped him pave the way for their journey to safety. By giving protection to the 70 innocent people caught in the conflict, he became a Provider; providing innocent civilians with protection and the opportunity to live in peace.

No Replies to "The Heroes of Marawi: The Fight Against Terrorism"