The Bystander Effect and The Third Side 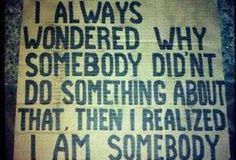 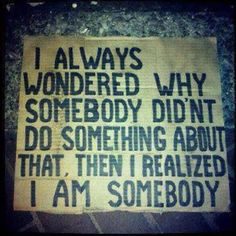 It was a cold winter’s night, at 3.15 am, on March 13, 1964, when Kitty Genovese, a then 28-year-old manager of a bar, was returning home to her apartment in Queens, New York. She had parked her car about 100 feet from her apartment’s door when she was approached by Winston Mosely, a business machines operator on the prowl for potential victims. Moseley ran after her, quickly overtook her and stabbed her twice in the back. Genovese screamed. Almost all neighbors had their windows closed and very few deciphered it as a cry for help.[1] One of the witnessing neighbors had shouted at the attacker to leave Genovese alone, after which Moseley ran away, leaving a heavily bleeding Genovese to slowly drag herself to the back of her apartment. But that was not the end of it for Genovese. As Moseley later testified, he realized that his car was visible for neighbors, which he moved away from the scene of the crime and went back to where he’d left Genovese earlier, after changing into a wide-brimmed hat to mask his facial features.[2] He found her at the back of the building and stabbed her several more times, until she became quiet, and proceeded to rape her, before he left her bleeding to death. During this gruesome proceeding, lights came on in the apartments above twice, during both of which times Moseley fled from the scene, to only return after the lights went off again.[3] Subsequent police reports record that there were 38 witnesses in all who had heard Genovese’s scream for help, but did not do anything to help, as they thought someone else might step in to help.[4]

In the ephemeral and highly transitory memory of public consciousness, there are a few incidents that leave an indelible mark, primarily due to the shockingly egregious nature of the incidents. The human mind is such that it tends to hold on to negative experiences more than positive ones. Kitty Genovese’s grisly murder was one such incident. What made it more horrific was that neighbors had heard the cries for help and yet had not done anything about it. There are conflicting accounts about whether the neighbors had truly heard the screams for help and correctly deciphered them, or if they were actually innocent of being witness to the murder. However, this sparked off a series of academic studies on concepts such as ‘The Bystander Effect’ and ‘Diffusion of Responsibility’. 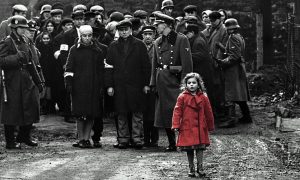 The pioneering study was conducted by Dr. Ervin Staub, a survivor of the Nazi holocaust, who was moved to study this phenomenon due to the assistance of strangers who had helped smuggle him and a few family members to the United States at the height of the Nazi fascism. In over 20 years of systematic study, Dr. Staub formulated multiple ideas, which became known as The Bystander Effect. First, in any act of public aggression, the contribution and effect of the act is not just on the perpetrator(s) and the victim(s), but also on the bystanders who are watching. Second, the act or lack of action of the bystanders has a huge effect on the collective group. Even a single act of compassion towards the victim would spur the other bystanders to act against the escalation of violence, and eventually leading to increasing levels of compassion. A prime example is embodied in the actions of Oskar Schindler, the bon vivant businessman who owned a factory in Poland and was credited with saving the lives of 1,200 Jewish employees that worked in his factory. The ripple effect of these acts of compassion by bystanders is that the victims themselves feel empowered to stand up for their own cause. This was the case with Jews who felt more empowered to help and defend themselves when they received any form of help, as was also the case with Dr. Staub’s own family members, who were emboldened by the act of a family maid smuggling in protective Swedish identity papers into the Nazi concentration camp so that the family could escape.[5]

Alternatively, if no action is taken by the bystanders, then the level of violence would continue to escalate, while the bystanders who empathized with the victim(s) would feel guilty, until they started rationalizing their inaction as the victim(s) being deserving of their fate. This would contribute to increasing helplessness, hopelessness and passivity on the part of the victims.[6] However, Dr. Staub’s study did not just confine itself with the psychological effect of violence on the victims and bystanders, but he also extensively studied the psychology of perpetrators. There are several key elements of a dominant group that perpetrates violence and abuse against select sub-groups. The following flow chart neatly illustrates that basic ingredients that lead to escalation of violence against a sub-group and their eventual hegemonization.

Difficult life conditions with severe lack of basic needs result in fundamental unmet psychological needs. For example, poverty, unemployment, political conflict, violence, etc. are difficult life situations that can lead to severe deficiency in the capacity to meet psychological needs, such as the need for security, for positive identity, for a feeling of control over the important events in one’s life, and for a meaningful understanding of the world and comprehension of reality. 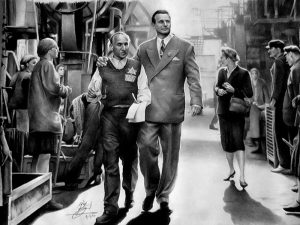 An image of Schindler with his Jewish accountant and right-hand man at his factory of Jewish workers, from the 1993 American biopic. Liam Neeson plays Schindler and Ben Kingsley plays the accountant Itzhak Stern.

In the case of the dominant group, the need for meaningful understanding of the world and one’s own place in the world is combined with a shaky sense of cultural superiority that needs to be defended ideologically. The dominant group perpetuates the glory of the self-culture, while simultaneously devaluing another culture thus elevating in-groups and derogating out-groups. When out-groups are increasingly derogated, there is more rampant discrimination against them, ultimately leading to their being scapegoated. This scapegoating provides a convenient avenue for preserving a positive self-identity while not taking any responsibility for one’s own life situation. Eventually the scapegoating is justified using nationalistic ideologies, for example, or severely blinkered ideologies that continue to reinforce the cultural aggrandizement of the in-group and increased devaluation of the out-group. Continued perpetration of the above steps would lead to altered individual and social identities of the in-groups and out-groups, thus transforming the socio-cultural-governmental institutions. These transformed institutions can eventually legitimize and hegemonize mass killings and genocide of the out-group.

Fast forward to the November 2016 presidential elections in the United States. This was by far the most divisive presidential elections in recent memory.  For many sections of American society and the world, the results came as a shock. From promising to build a wall along Mexico to prevent illegal immigrants from entering the United States (and promising to have Mexico pay for such a wall), making derogatory remarks about a female news reporter and her menstrual cycle, speaking disparagingly about women in general, and threatening to ban all Muslims from the country, Donald Trump was an extreme political candidate, who did not seem to have the makings to hold any political position, let alone President of the United States of America.

But news analysis of the voter base of Donald Trump was illuminating. According to an article[8] published by The Atlantic, the four defining characteristics of the Trump constituency were: (i) They did not go to college – directly affecting their capacity for income, which has dwindled over the years; (ii) They did not think they had a political voice – a whopping 86% of Trump voters agreed to feeling voiceless; (iii) They wanted to wage an interior war against outsiders – the same 86% that claimed to feel voiceless were the very same that had strong policies against immigrants and believed that richer American households must be taxed more; and (iv) They lived in parts of the country with racial resentment.

In the aftermath of Trump’s election, there have been reports of a dramatic increase in racist and xenophobic harassment across the country. The Southern Poverty Law Center (SPLC) has reported that there were 1094 bias related incidents between November 8th and December 16th, 2016, against blacks and other people of color, Muslims, women, the LGBTQ community and immigrants.[9] It is reported that an online survey of teachers found that more than half had seen an increase in hostile speech during student elections campaigning in schools. Many students of color were seen to wonder aloud if their parents would be deported.[10] Similarly, the Anti-Defamation League (ADL), which has also been recording instances of threats and harassment, has reported an increase in anti-Semitic harassment, often aimed at journalists, on Twitter during the Presidential campaign.[11] This trend is troubling in light of the fact that certain states, such as South Carolina, do not have hate-crime laws, despite the fact that there has been a 67 per cent increase in hate-crimes against Muslims in the year of 2016. If the harassment continues, states would be pressured to step up protection for racial, religious and sexual minorities.[12]

However, there are beacons of hope even in what seems like a bleak situation. Perhaps because of Trump’s hate-rhetoric, several institutions have been monitoring the instances of racial, sexual and ethnic harassment that have been perpetrated across the country. The Anti Defamation League (ADL) is one such organization, which released a report in October on the increase in anti-Semitic harassment. Similarly, Shaun King, a writer from the Daily News, has collaborated with an open-source software company, Ushahidi, to create a map of post-election intimidation, so as to effectively alert the authorities to such instances of threats, intimidation and harassment. Combined with such activities of monitoring are major events such as the Women’s March that were organized when Trump took office on January 20, 2017. Not only was the March organized in major cities in the United States, but they sparked off similar rallies in cities all over the world. Women’s March organizers reported that a total of 673 marches took place all over the world – with 29 marches in Canada, 20 in Mexico, one even in Antarctica, and in several other parts of the world.[13] 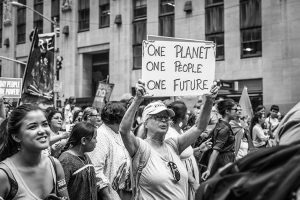 These have been powerful examples of Third Side principles in action. Agencies such as ADL, SPLC, Ushahidi in collaboration with reporters like Shaun King are playing crucial roles as witnesses and active bystanders in raising awareness of instances of threats, intimidation and harassment. By throwing light on instances of violence, they’re giving a voice to the sub-groups that are targeted, legitimizing their concerns and forcing the powers-that-be to sit up, take notice and act on these injustices to prevent such instances. With these platforms, they’re equalizing the playing field and empowering the targeted sub-groups to fight for their own causes as well. With events such as the Women’s March, not only are the active bystanders playing the roles of witnesses and equalizers, but they’re also building bridges across racial, ethnic and sexual identities and creating a united front promoting individual personal freedoms, increasing inclusion of marginalized sub-groups and vociferously lobbying for more tolerance and acceptance of differences.

This is a momentous occasion in the history of humanity, that has been scarred by grievous injustices in recent pasts; the memories of which still create a collective shudder across the spine of humankind. It is in times like these that it is critical that we are alert, observant and active bystanders practicing the Third Side principles.

No Replies to "The Bystander Effect and The Third Side"