A Better Way for Venezuela 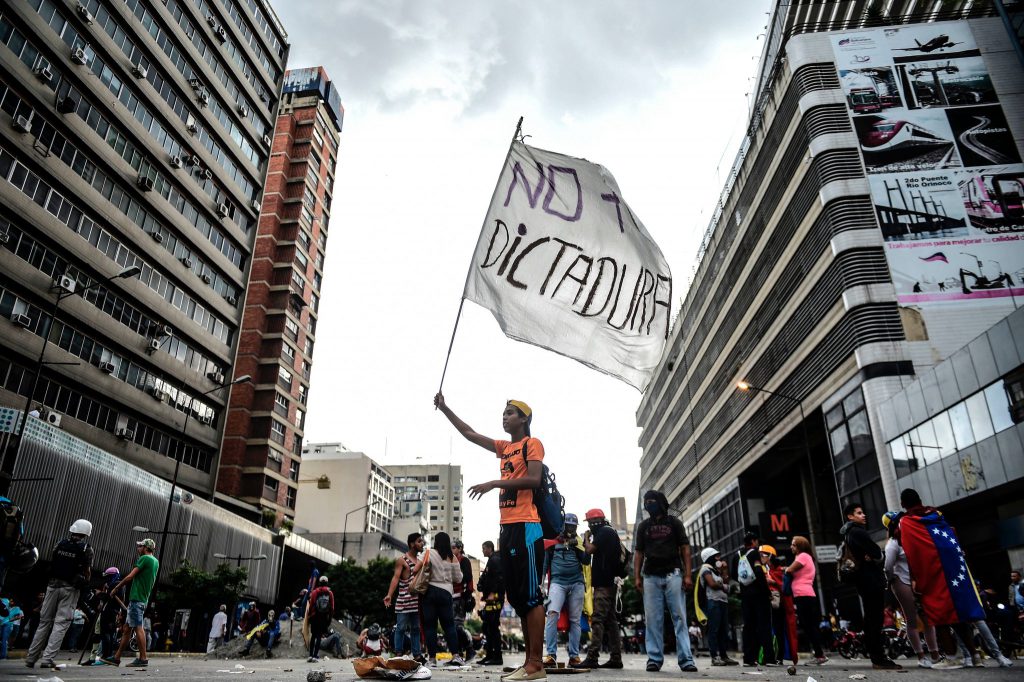 By GUSTAVO DUDAMEL in the New York Times >>

LOS ANGELES — Almost two months ago, in the wake of the killing of the violinist Armando Cañizales by Venezuelan security forces, I raised my voice against the violence and repression in my native Venezuela. I had to speak out because Venezuelans are desperate for the recognition of their equal and inalienable rights and to have their basic needs met. This extreme confrontation and polarization is an obstacle to understanding and a peaceful democratic coexistence, and it cannot stand. Nothing justifies the bloodshed of my fellow citizens.

My country is living through dark and complicated times, following a dangerous path that may lead us inevitably to the betrayal of our deepest national traditions.

We have reached a critical crossroads as the government has called for the election on July 30 for a national constituent assembly to rewrite the Constitution. This is not the answer. All Venezuelan citizens have a duty to do what we can to reverse the current situation, to defend our fundamental democratic values and to prevent more bloodshed.

As a conductor, I have learned that our society, like an orchestra, is formed by a large number of people, all of them different and unique, each with his or her own ideas, personal convictions and visions of the world. This wonderful diversity means that in politics, as in music, no absolute truths exist. In order to thrive as a society (as well as to achieve musical excellence), we must create a common frame of reference in which all individuals feel included despite their differences, one that minimizes the noise and cacophony of disagreement and allows us to fine-tune, through plurality and diverging points of view.

In the past, I have fought the urge to enter the political discourse, believing that it was not my role. Yet people have tried to read my past actions like tea leaves, searching for deep political meaning. I am not looking to take sides; I am willing to take a stand. For me it is about the values and processes that choose our political leadership, not who that leader is ultimately.

As a result of my unwavering respect for justice and human diversity, I have an obligation, as a Venezuelan citizen, to speak out against the unconstitutional decision by the government to convene a national constituent assembly, which will have the power not only to rewrite the Constitution but also to dissolve state institutions. This decision only exacerbates the existing conflict and social tensions. Our Constitution has not been respected. Despite the events of last Sunday, where more than a million Venezuelans at home and abroad signaled their rejection of the government’s plans, we have not been able to speak out publicly through a binding council.

I strongly urge the Venezuelan government to suspend the convening of the national constituent assembly. I ask all Venezuelan political leaders to fulfill their responsibilities as representatives of the Venezuelan people to create the necessary conditions to achieve a new framework for coexistence. Our country urgently needs to lay the foundation for a democratic order that guarantees social peace, security and a prosperous future for our sons and daughters.

There cannot be two Constitutions, two electoral processes and two legislative assemblies. Venezuela is a single nation; one country with room for us all, one country where people of all persuasions should be able to participate and express themselves freely, without fear of reprisal, violence in the streets or repression. Seeking victory through force and the imposition of ideas will inevitably result in collective defeat for Venezuela. The only legitimate path to victory is though the ballot box and respect for the rule of law.

I think of all the people killed over the last months — more than 90 so far — with great anguish and pain. But I also think of the recent events as harbingers of hope, as important first steps and real possibilities of positive change that can come for Venezuela.

We Venezuelans need these moments of hope in order to recover the harmony we so long for. The will to negotiate generates hope for a plural and inclusive country, a better future for our children. The will to negotiate means, ultimately, to believe in a democratic and peaceful Venezuela dedicated to creating more opportunity and a better life for all.

I believe in that Venezuela.

Gustavo Dudamel is music director of the Los Angeles Philarmonic and the Simon Bolivar Orchestra of Venezuela.

No Replies to "A Better Way for Venezuela"